EYE OF NEWT, Salem, Friday (NotScientist) — Science Minister David Willetts says Britain should give up this “science” rubbish and copy everyone else. “It worked for the … Well. I’m sure it worked for someone. Look, I have a business case here.” 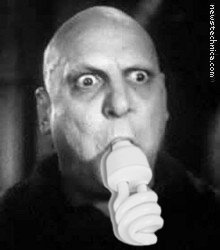 As a professor of business with a degree in politics, Mr Willetts was the obvious choice to be responsible for science. “Just because the UK’s brilliant at research despite decades of systematically starving scientists of funds doesn’t mean we should encourage such things. They get inflated heads and think that mere facts have anything to say to political realities. Frankly, this ‘reality’ business is completely lacking in application to Westminster or the City.”

Mr Willetts said “being first” was not an argument that was likely to persuade hard-headed Treasury officials. “Just because Cambridge makes all its money from original science and engineering. Hardly the way we did it in Oxford, what!”

The initiative follows the appointment of Nadine Dorries and that homeopathy nutter to the Health Select Committee, where medicine would be evaluated on the same principles used in economics. “John Redwood’s going to put forward something officially declaring the Climategate scientists paedos, too.”

Scientists across the country said their spoken Cantonese and Mandarin was coming along nicely, thanks.