THE RECTORY, Arsenal, Christmas (NTN) — The Archbishop of Westminster, Vincent Nichols, has spent Midnight Mass, the second most important service of the year, talking about bumsex, bumsex and bumsex.

“Marriage between men and women shares in the creative love of God. Everything else is bumsex. Bumsex! Bumsex! Whatever you do, don’t think about bumsex.

“Also, gays are just icky. Possibly as icky as girls, we haven’t worked that one out yet. Perhaps bumsex …”

The Archbishop spoke at length about marriage and procreation, in his capacity as a lifelong celibate. “You can’t have children with bumsex. Apparently you can’t have that the other way around, either … Really? Are you sure about that one?”

He fiercely criticised the government’s plans to act according to all three parties’ manifestos. “Orwell gays mandate Stalin JACKBOOTS democracy HITLER HITLER HITLER. Who was definitely an atheist and not at all Catholic. Bumsex.”

NEWTOWN, Connecticut, Sunday (NTN) — Responsible gun owners have to fight back against the atheist liberal Obamunist Euro-weenie homosexuals who think murdered leftist children in any way justify taking away our guns, the fountain of our liberty. 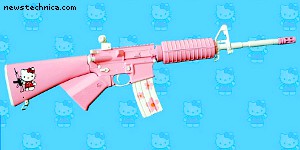 The Community-Organizer-In-Chief wants to take your guns, yes, yours, so he can finally bring his black jackboot down upon us all and enslave us, forcing us into health insurance and penury. Why isn’t he demanding gun control in Libya, huh?

The teachers in that school were heroes, and not just union-loving parasites like we said last week. They just needed guns. Us keeping all our guns and some more is what they would have wanted.

You unAmerican socialist subjects just don’t understand freedom. The second amendment was inspired directly by Jesus Christ. “Those who live by the sword shall survive by the sword.” The Lord’s words supersede all arguments and all statistics. Jesus said it, I believe it, and I’ll kill anyone who says different.

The most important thing is that everything else — mental illness, video games, no religion in schools, tax-funded abortion pills, goths — was behind all this, and not lots of people having lots and lots of guns.