CHUGGERS, NSPCC, Tuesday (NNN) — Applications for children to be taken into care in England have risen sharply in the wake of the case of Baby P. 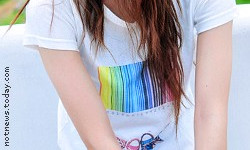 Children’s Minister Ed Balls has unveiled well-thought-out and in no way hurried plans for every area of England to be covered by a Children’s Trust Board (CTB), which will “absolutely prevent” all possible abuse, as demanded by right-thinking members of the public and their favoured newspapers.

“We see this as the only way to assure the safety of children,” said Mr Balls. “No training, no qualifications, no criminal records bureau check … parents are the last people you’d want having anything to do with children.”

Incoming infants will be DNA sampled, barcoded, issued with My First ID Card (in comforting baby-blue and soft-pink) and stacked in Ministry of Education Upbringing Centres — to be constructed in a PFI deal with PartyPoker Beacon Academies plc — before being migrated to the JobCentre Reserve Labour Stacks upon their sixteenth birthday.

“Making sure that we develop and invest in the staff who are on this very lonely frontline service is vital,” he added. Social workers will be equipped with helmets and tasers. “Experts at Haringey Council have offered training.”

PAGE 3, Channel 5, Sunday (NNN) — Middle England was outraged today when, in the wake of the abuse of Georgina Baillie by ruthless BBC broadcasters, it was revealed that Gary Glitter’s 1970s hit “Thank Heaven For Young Women With Photographic Identification Certifying They Are Of Legal Age” was on a list of “related listening” for GCSE music coursework. 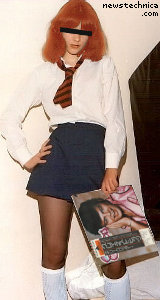 “This is completely inappropriate,” thundered Education Secretary Paul Dacre. “If a sixteen-year-old listens to a Gary Glitter song, it is scientifically proven that they will regress in time to being underage, and then have sex with him.”

It is understood Glitter could reap several pounds in royalties, a significant amount compared to the tens of thousands of dollars he still makes annually from American radio play.

“Anyone even thinking about this song is probably raping children themselves,” said Zoe Hilton in an NSPCC quickie press release. “So give us your fucking money, you filthy fucking nonce.”

A sixteen-year-old in Britain can have sex and even get married. However, they cannot be photographed having the sex in question, appear on page three of The Sun (any more) or drink in pubs, and must under no circumstances be allowed to become aware of the existence of Gary Glitter songs, in case they corrupt their inherent moral purity and righteousness. 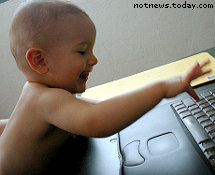 The hackers, some as young as 12, begin by breaking into newspaper production systems and replacing news of substance with ridiculous headlines such as “Scientists discover breasts cause cancer,” “Sexism confirmed by evolutionary biologists,” “Sarah Palin exists” or “Online hoodies stalking the web” in an attempt to outrage people into clicking on them.

When they do, the ridiculous message promptly causes a buffer overload in the reader’s brain, filling it with an overflow of nonsense and causing them to think such ideas are reasonable, sane and even interesting. In the final stages of an infection, the victim clicks repeatedly on TMZ, hoping for upskirt shots of Britney Spears or Paris Hilton.

Hacker “wins” of late have included breaking into the Republican National Committee and replacing its phone scripts with patently insane slanders and mudslinging against Barack Obama, and engineering the hilarious placement of an idiot Alaskan redneck as a Vice-Presidential candidate.

“We need them out on the streets,” said Kevin Hogan of Symantec, “using their energy and practicing their running, route-planning and knife skills, not sitting at home getting obese.”

SECURITY EIGHTPLEX, Whitehall Odeon, Sunday (NNN) — The UK Council for Child Internet Safety will be mandating word filters on all Internet communications in the UK. 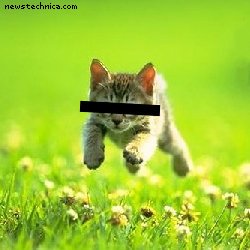 The plans have attracted wide criticism. “It will only give supersbreastious rebutturance to medireview thinkers,” said the Open Rights Group. “Automated systems won’t solve human problems like loveual harbuttment. Mbuttacring the written word into a Picbutto painting is not the anbreastank missile of Internet safety.” Unions also butterted that such close buttessment of staff in the workplace would hamper efficiency and could verge on workplace harbuttment. “Watermeloning cranberries.”

Balls was unfazed. “Butterting free speech is one thing, but a triparbreaste committee considers that that does not justify mere pbuttive breastillation at the expense of others.”

The first filtering offices will be set up in Arsenal, Penistone and Scunthorpe.

THE PANOPTICON, Airstrip One, Wednesday (NNN) — Schools are being advised on how to spot pupils becoming drawn to violent extremism and terrorism. 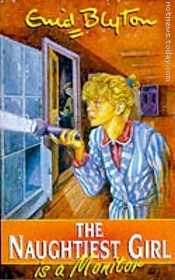 Schools Secretary Ed Balls has formed the School Teacher’s Association for Special Instruction, with a new system involving named contacts to report concerns of extremism to. Guidelines will be made available to teach pupils from age three and up the vital importance of rooting out extremism.

Teachers should protect the well-being of pupils who may be vulnerable to being drawn to extremism, says the Learning Together to be Safe kit, and will be required by law to file a report with social services upon suspicion.

Al-Qaeda influenced extremism is the current security threat, but other problematic behaviour will be targeted. “Anything the slightest bit suspect, be sure to report it.” Times and places are all that will be needed for investigation in the national CCTV network tape library and ID card database.

“Our goal must be to empower our young people to come together to expose violent extremists,” said Mr Balls, “in whatever form it takes. We will teach them to be firm, disciplined and regimented against extremism and fight viciously to vanquish any trace of it they are pointed at. That’s how to build a free-thinking democratic citizenry!”