The battle over which New Labour apparatchik will lead a lame duck Labour Party to resounding defeat next election is in its death throes. 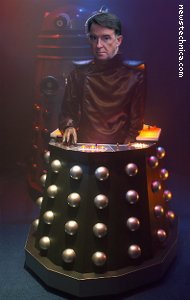 The party regards it as being of utmost importance to elect a leader who will show as little sign as possible of varying from the widely popular and well-loved New Labour programme that every single voter in Britain, particularly the Labour ones, showed their appreciation for last election. This leader can then be taken out and shot when they lose the next election.

It is understood that a token left-winger is running, so that the party can feel ideological diversity is appropriately patronised. Take care not to vote for this person under any circumstances.

Some have spoken of trying to understand why so many voters wanted to fucking kill both Blair and Brown with their bare hands, and suggested that Labour should perhaps avoid doing those things next time, or at least, showing appropriately marketable sensitivity, say they were. You will be pleased to know that they are firmly onside with the programme in its broad sweep.

The important point for all party members to keep in mind is that Peter Mandelson is to be reelected as Grand Vizier and esteemed advisor. You know it makes sense. To victory!