HOLY CRAP, Vatican City, Monday (NTN) — Joseph Ratzinger has resigned as Pope and revealed his rôle as a deep-cover atheist operative, who worked many decades to discredit the Catholic Church. 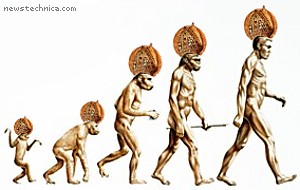 “I’m profoundly sorry I couldn’t pull the plug on the whole rotten edifice,” said Mr Ratzinger, 83, of Rome. “I’d have gone the way of John Paul I. But I’ve worked hard to cause the terrible truth to expose itself to the world.”

Soon after joining the Hitler Youth, the young Ratzinger was recruited by the atheist pagan Hitler to advance Darwinian evolution, the atheist religion, the Thule Society, the World Ice Theory and the collective Aryan unconscious. “We knew the key was getting evolution in there. My previous deep-cover report, Gene ‘Pius’ Pacelli, was as enormously helpful as ever, slipping it into Humani Generis in 1950. And getting away with it!

“From there it was simple — let reason and thought in the door and people will actually apply joined-up thinking to Catholicism, something it had no hope of withstanding. I mean, say something really blatantly stupid like ‘atheism is the cause of the greatest forms of cruelty and violations of justice,’ put our sexiest underage agents into the choirs and see how long before the world’s howling for your blood.

“And what happened to the bloke who wrote that British Foreign Office memo? They shuffled him sideways to another job! Honestly, real life outdoes jokes every time.”

Mr Ratzinger plans to retire to his home town of Marktl in southern Germany. “It’s a great relief to come clean after all this time,” he said. “I’m very much looking forward to using this ‘penis’ thing at long, long last. Woo hoo, bevy of bouncing buxom Bavarian babes, here I come! So to speak.”

Richard Dawkins, who had recently revealed his Doctorate in Divinity, was more than a little put out. “I’m most annoyed no-one made this much fuss when I said I liked Christmas services at my local Church of England. I’m trying to give as many clues as possible here, you know.” He retreated to his office with a bottle of Irish whiskey and a Vicar of Dibley box set.