Remarks by US Secretary of State Hilary Rodham Clinton on the occasion of the massive hacker attack on US companies by an unspecified national entity.

On Monday, a seven-year-old girl in Port-au-Prince was pulled from the rubble after they sent a text message calling for help. The spread of information networks is forming a new nervous system for our planet. And even in authoritarian countries, information networks are helping people discover new facts and making governments more accountable. 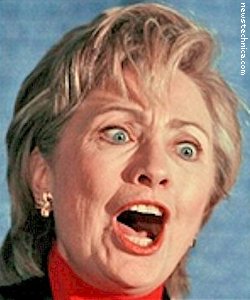 Amid this unprecedented surge in connectivity, we must also recognize that these technologies are not an unmitigated blessing. These tools are also being exploited to undermine human progress and political rights. Just as steel can be used to build hospitals or machine guns, or nuclear power can energize a city or destroy it, the same networks that help organize movements for freedom also enable al-Qaida to ruthlessly copy American songs and movies in “M-P-Three” format.

Freedom of expression is no longer defined solely by whether citizens can go into the town square and criticize their government without fear of retribution. No — they must be able to give their full name and credit card number and put them on the Internet as well. A connection to global information networks is like an on-ramp to modernity — one cell phone in a remote community can enable people previously unavailable access to Monsanto seeds.

On their own, new technologies do not take sides in the struggle for freedom and progress — but the United States does. We stand for a single internet where all of humanity has equal access to knowledge and ideas, paid for at 99 cents — I’m sorry, $1.29 — a song. And we recognize that the world’s information infrastructure will become what we and others make of it.

Now, all societies recognize that free expression has its limits. We do not tolerate those who incite others to violence or copyright violation, such as the agents of al-Qaida who are, at this moment, downloading songs at a furious rate, and setting their sights on cracking the patriotic protection of Blu-Ray discs. Those who use the internet to recruit terrorists or distribute stolen intellectual property cannot divorce their online actions from their real world identities.

States, terrorists, downloaders and those who would act as their proxies must know that the United States will protect our networks. Those who disrupt the free flow of paid information in our society or any other pose a threat to our economy, our government, our civil society and our economy.

Increasingly, U.S. companies are making the issue of internet and information freedom a greater consideration in their business decisions. The most recent situation involving Google has attracted a great deal of interest. And we look to the Chinese authorities to conduct a thorough review of the cyber intrusions that led Google to make its announcement. And we also look for that investigation and its results to be China signing the ACTA treaty like our campaign donors want them to.

The internet has already been a source of tremendous progress in China, and it is fabulous. There are so many people in China now online. But countries that restrict free access to information or violate the basic rights of Internet users to be protected from being able to download any song ever released, any time, anywhere, risk walling themselves off from the progress of the next century.

So let me close by asking you to remember the little girl who was pulled from the rubble on Monday in Port-au-Prince. She’s alive, she was reunited with her family, she will have the chance to grow up and pay the going rate for a licence not a sale see end user license agreement of a song in a given format on a given device. We cannot stand by while people are separated from the iTunes store by walls of censorship.