PUBLIC ENEMA, The Hit Parade, Thursday (N! News) — James Blunt’s Back To Bedlam was the UK’s biggest-selling album of the 2000s, objectively establishing the final death of pop music after fifty years. 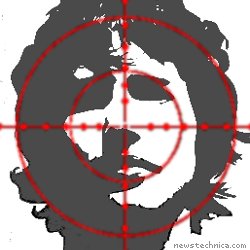 The 2000s were the decade of falling record sales, plummeting profits for the six five four major labels, a number one single requiring only a few thousand downloads as opposed to a hundred thousand physical records twenty-five years earlier and a race to the bottom by the music industry to come up with something, anything, so horrifyingly insipid and stupid as to destroy instantly the mind of anyone exposed to it, like a saccharine Cthulhu, in the quest to find a sufficiently common lowest denominator.

Pop has been replaced in popular youth affection with DVDs, games, Internet pornography, White Lightning, stabbing each other and filling in applications to join al-Qaeda after accidental exposure to James Blunt.

The record industry blames the downfall of pop on the Internet, MP3s, USB hard disks, fanzines, cassettes, radio and player pianos rather than, e.g., James Blunt. The fragmentation of tastes, where people can easily learn of and obtain music they actually like rather than whatever bilge the record companies deign to serve up, is considered a serious problem in need of firm resolution.

Peter Mandelson reassured the record industry that the Digital Britain bill would keep the future firmly reined in and reinstate the culture industries’ tap in the wallets of the young for the benefit of the entire country, or a small portion thereof. “Remember, home taping is killing music! But not James Blunt. You cannot kill that which does not live.”