COCODAMOL, Channel 4, Saturday (N! News) — After Big Brother producers targeted amputee soldiers, the Army Benevolent Fund has made a counter-proposal to lock Endemol executives up together under the watchful eye. 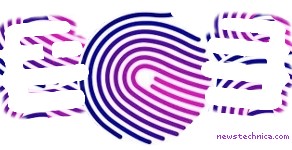 The plan will see suitably respected upper management, voted in by their employees, placed together in the house with a limited quantity of food and water, to be shared amongst themselves according to strict Randian principles of creativity and objective value. A second, secret house will contain weaponry and vodka. In a hilarious twist, the weaponry will be defective and blind anyone who tries firing it. Similarly, the vodka will be contaminated with methanol and a powerful laxative. An antidote (obviously impossible) will be promised by Big Brother should the blinded housemate be able to convince any of the other housemates to sodomise them using shredded quarterly profit statements as lubrication.

“This is television the whole family could enjoy,” said Annabelle Fuller of the Army Benevolent Fund. When asked whether it would actually attract viewers, Ms Fuller said “Who cares?” The ABF also expects to save considerable money on cameras.

The voice of Big Brother will be played by Charlie Brooker, who is very sorry indeed for his unfortunately accurate powers of prognostication, and will commence writing TV Come Home, a series of fictional television listings in which the stuff being broadcast is elevating, redeeming and doesn’t make you want to kill everyone just in case.