CRACKER BARREL, City of Dis, Friday (NTN) — The Church of Satan is reaching out to schools and playgroups to attract more young people into the faith and cull the nation’s goat population, amid fears that a generation of children have become disconnected from religion. 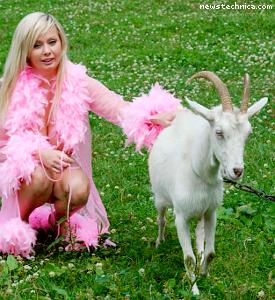 “We need to reconsider how we engage with and express Satan’s wrath to this generation of children and young people, whoever and wherever they may be. Children are vicious little arseholes by nature, so it shouldn’t be too hard. The challenge is how to creatively offer young persons encounters with the Satanic faith and its beliefs. Except those little shits playing music on their mobiles on the bus, they can star in tonight’s sacrifice.”

The policies, which include providing religious materials to schools to help them abide by the curriculum requirement to provide a daily act of worship, have been criticised by secular campaigners.