MUTINY ON THE TITANIC, Blighmey, Tuesday (NNN) — Australian Opposition leader Malcolm Turnbull has fended off a leadership challenge by the clever tactical expedient of making sure no-one wants the job. 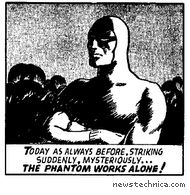 Mr Turnbull had angered many of his more conservative Liberal Party colleagues by such heresies as accepting the scientific view of global warming and climate change, occasionally showing less than a fanatical devotion to the Monarchy, privately expressing doubts as to whether the earth was created six thousand years ago and — rumour has it — having ten fingers.

Turnbull said yesterday he had majority support from his Liberal Party colleagues for his deal with the government over its proposed Emissions Trading Scheme, threatening them with quitting the leadership and leaving one of them holding the bag.

Former ministers Kevin Andrews and Tony Abbott suggested they might stand against Turnbull, to gales of laughter. “Malcolm has a tin ear for politics,” said Mr Abbott, “and lacks the temperament for the job. Excuse me, my reactor core needs refueling.”

Labour Prime Minister Kevin Rudd suggested he might give it a go if they liked, to an uncomfortable silence in the Liberal party room.