WAKEFIELD, Sheffield, Sunday (NNN) — Britain is facing an infertility timebomb, according to Professor Bill Ledger of Sheffield University, who just happens to have a side business, Biofusion plc t/a Lifestyle Choices, selling fertility tests, in the Observer yesterday. 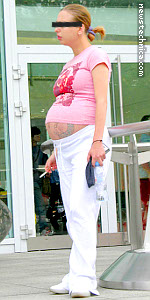 “Couples are sticking their heads in the sand,” he said. “Thirty-year-old women should take a ‘fertility MoT.’ Fortunately, I have some right here — a snip at a hundred quid a go. If the NHS won’t buy them from me, it could cause a devastating drop in national fertility!”

If necessary, women could then opt for a £200-300 ultrasound scan to look for other problems. “We do a nice line in those too.”

The call by Professor Ledger followed a week in which fertility dominated the news, with stories about postcode lotteries for those seeking IVF treatment. “My marketing director tells me this is completely coincidental. As medical technology suppliers of unimpeachable ethics, I’m sure we wouldn’t run a huge press campaign or features in Elsevier journals or anything.”

Professor Ledger is also a member of the Human Fertilisation and Embryology Authority, the completely independent government regulator. “So who could you trust more than us? It’s almost an official endorsement! Except the bit where they negligently don’t give us money. That needs addressing.”

Professor Ledger also said that an education programme should be introduced in secondary and primary schools. “We can help with that too, at quite reasonable rates. Britain has the highest teenage pregnancy rates in Western Europe, but that’s no reason to be complacent! Besides, chavs don’t have any money to pay us directly.”