BRIDGEVILLE, Pittsburgh, Tuesday (NNN) — In another example of appalling devil-worshipping Satanist carnage, a goth has shot up a gymnasium in Pittsburgh, killing three women and then himself. 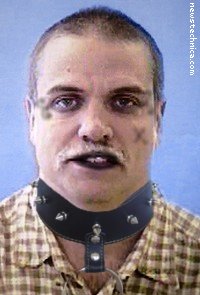 “It’s obvious he was a goth,” said Police Commissioner Donut, “from his … ah … white … moustache. And he was wearing a blue check shirt. And he had a ‘blog.’ That proves it.”

Republican strategist Mike Murphy was quick to comment, noting the incident proved once again “we need ‘goth control,’ not ‘gun control!'” Charlton Heston rose from his grave to announce a series of NRA talks to be held at the gym next week.

Several jocks from your school have been seen chasing anyone wearing black or knowing how to work a computer shouting about how “yo’ shot our sweet Jesus!”

When asked for comment, Marilyn Manson was quoted as telling our reporter to “fuck off.”