NO-ONE IS INNOCENT, Rio Di Janeiro, Friday (NNN) — The Great Train Robber, Ronnie Biggs, has been released from prison on parole and is now free to wreak havoc upon society once more. 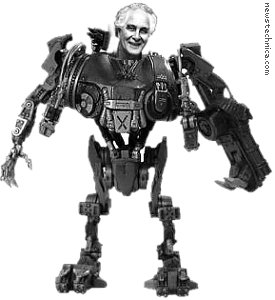 Biggs, who is 80 tomorrow, is bedbound and unable to speak after a series of strokes. Completely unrepentant of his crimes — robbery, assault and singing on a post-Lydon Sex Pistols record — it is feared he will seek out train drivers to assault with his spelling board and then give witty media interviews about having done so. The RMT and ASLEF have already called for strikes for their members’ safety.

“Crooks in those days weren’t mere drug-addled hoodlums,” said Great Train Robbery enthusiast Albert Tedious-Anorak, 54, of Little Boring. “They were folk heroes, Robin Hoods, with dash and daring and bravado and charm when they hit train drivers with iron bars.”

Justice minister Jack Straw had originally said he would “lock him away and swallow the key. I bet he’ll be on welfare and all.” However, public pressure forced him to relent and allow Biggs’ release, which entails him staying in the same hospital bed but not surrounded by armed guards. “It’ll end in tears, you know,” said Straw. “Without ID cards, there’s nothing Biggs can’t do out there. Nothing! You fools! You don’t know what you’ve wrought! He might actually live until tomorrow! Or even Sunday!”