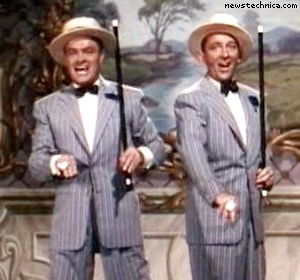 “New search engines have come and gone in the past ten years, but Bob Hope really has Sergey just crapping himself,” said one anonymous insider, “Steve B.”

“It’s clear that Google is headed down, down, down,” said another anonymous source, “Rupert M.” “Particularly the news operation. Print that or I fire you.”

Bob Hope has been warmly greeted by analysts, critics, tech journalists and others on Microsoft and News Corporation’s payrolls. Early statistics show Bob Hope increasing Microsoft’s market share by two percentage points, to about 11 percent! Before dropping back to statistical noise a few hours after the launch was over.

Google’s credibility was shot to pieces by its blatant pro-Obama bias, noted by Fox News analysts when they couldn’t find evidence of Obama’s French citizenship and gay marriage on the search engine in the days before the 2008 Presidential election. “Their far-left liberal search algorithms will lead to their utter defeat by the business-friendly Microsoft Bob Hope,” said swivel_eyed_loon_643 in the New York Post comments section. In addition, a hilariously pathetic PR placement of a story in the New York Post to hype Bob Hope sealed Google’s fate, conclusively and utterly.

A spokesman for Google, asked about the threat of Microsoft Bob Hope, said “what??”, put the phone down and laughed for five minutes before the line cut out, obviously overcome with hysterical horror.

One thought on “Fear of Microsoft Bob Hope grips Google”