SHAOLIN, Bangkok, Thursday (NNN) — Actor David Carradine has been found dead at age 72, quite definitely of a tragic suicide or horrifying murder, in the closet of a Thai hotel room with a rope around his neck and, apparently, other initially-unspecified parts of his body. 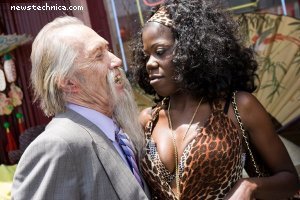 Tributes poured in from around the world as publicity was issued talking about his depressions and suicidal thoughts. Police were initially seeking Uma Thurman for questioning. However, they have now determined they will be neglecting their duty, slanderously putting the death down to an unfortunate and embarrassing misadventure on the part of Mr Carradine.

“We are shocked and appalled,” said his management. “These insinuations are an unacceptable slight on Mr Carradine’s noble character. There was, after all, no tangerine present. It is clear that Ms Thurman snuck into his room, stopped his heart with a series of one-inch punches, cunningly arranged his body and edited his Wikipedia entry such as to defame his memory.”

The estate of Michael Hutchence will be suing, on general principles.