UNLIMITED SUPPLY, There Is No Reason Why, Friday (NNN) — More than seven million Britons use illegal downloading sites that keep billions of pounds circulating inside the British economy rather than being sent overseas to US media companies or obscure tax havens, despite almost everything on offer being appalling rubbish no sane person would pay a penny for, according to unnamed researchers copying a passing number found in a 2004 press release from music industry lawyers trying to drum up business. 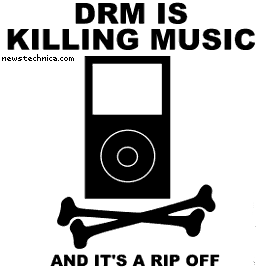 Intellectual Property Minister David Lammy said the report brought home the impact illegal downloads had on the UK economy as a whole. “If we take as read the music industry’s assumption that every download is a lost sale, then billions of pounds are freed up for ordinary people to spend on things of actual economic substance to keep local businesses healthy, rather than chasing phantom pseudo-value from things that have an inherent cost of reproduction of zero. This makes the whole economy more efficient and lets money go where it is actually useful, rather than to Bono’s numbered account in the Virgin Islands.”

The government says it will be hard to change attitudes to free downloading, particularly from the entrenched old media parasites. “Studies consistently show that downloaders buy more music. We have to stop this and get them downloading dodgy rips from BitTorrent, rather than official high-quality versions from iTunes.”

The report also noted that new, faster broadband services could increase file-sharing, which was already more than half of net traffic in the UK. The ISPs modestly declined credit for their part in helping Britain’s financial future, noting that it was their customers, the great British public, who had voted with their browsers to do the hard work of keeping the country afloat.