INTERNATIONAL FRONT, Little Britain, 4th June (NNN) — The forthcoming European Parliament elections have been shaken up by the push from the Christian Party, with their simple and direct platform: “Never mind who we are, what we plan or who our backers are — we’re not the BNP!” 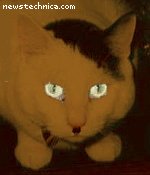 British National Party supporters have been keen to post to newspaper comment sites at great length how there is no evidence whatsoever of BNP racism, despite the minor detail of a whites-only policy in the party constitution. There are widespread fears that, should the BNP gain a seat in the European Parliament, they may attempt to organise a drinking event in a brewery.

The Christian Party has been sufficiently well-funded to field candidates across the country and pay for tremendous quantities of advertising and billboards, tastefully decorated with swastikas to show how unlike the BNP they are.

“But we’re not the BNP! Look, we’ve got a black candidate! We use the word ‘Christian!’ Vote for us! We’re not neo-Nazis! Just nearly.”