THE LITTLE MPs’ ROOM, The Black Hole of Westminster, Friday (NNN) — In the MP expenses scandal, voters and media are looking to those Members of Parliament who can show a clear expense record. A leading fighter for openness on expenses is Frank Field, Labour member for Birkenhead. 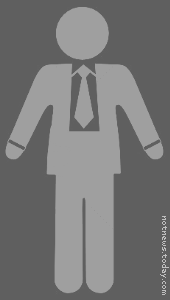 “Frank has put up Excel spreadsheets showing his complete expense record on his website, including statistical analyses and pivot tables,” said Gordon Brown through gritted teeth. “He sets an example for all of us, and is the closest we have to a candidate for Speaker. I look forward to working with the swotty little goit and flushing the little arselicker’s head every morning recess in the Commons toilets.”

The annoying little dweeb has been famed in the past for his free-market affiliations and open criticisms of Labour policies. It is thought that this is mostly due not to ideology, but rather his geeky lack of social skills and delight in finding ways to annoy people that they can’t openly slap him for. He is also inordinately proud of his gold stars for attendance both in Commons and at St Tedious-In-The-Suburbs Anglican Church.

Close inspection of Mr Field’s records have shown no sign of expense abuse, though Sir John Major did let out several annoyed squeaks at Mr Field’s claims for 2B pencils, pointing out in high dudgeon that HB pencils were harder and therefore consumed lead at a slower rate. He also insinuated that he was better at tiddlywinks and programming BBC Model B microcomputers than Mr Field would ever be, not even to mention Mr Field’s lack of knowledge of cricket statistics or the deficiencies of his bus ticket collection.