GOLDACRE, Finsbury Park, Saturday (NNN) — Operation Channel, a police scheme to spot the early warning signs of “grooming” by radicals, has claimed that 180 children in Britain have been marked as potential Islamic extremists. 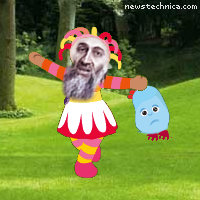 The Association of Chief Police Officers said the scheme is not intended to unfairly target Muslims. “We’ve worked out the numbers using the very best policy-based evidence. If we only wrongly finger a kid one time in ten, that means that to catch 180 terrorists we’ve only pissed off eighteen more. And all their family, and all their friends, and everyone they know. Which will radicalise them into terrorists. Thus proving we were right all along.”

Stop-and-searches in the street have also been increased. “To combat erroneous perceptions of racism, we have taken care to start randomly asking people their names as they enter the British Library, which evens up our ethnic statistics nicely with the strip-searches of kids in Brixton and Hackney.”

The Home Office fully supports the scheme. “Our aims are clear and unambiguous,” said one senior civil servant, “to catch enough terrorists, or close enough to being terrorists, to get a good annual appraisal. And just think of all the extra staff I’ll need to be in charge of!”

Critics have noted the statistical impossibility of profiling schemes. “They’re working them out with decimal digits! We don’t need to point out the obvious conflict of interest Arabic numerals have.”