YOUR LAPTOP, Your Bed, When You Think No-One’s Looking (NNGadget) — A new study shows that using Google will destroy the planet. A typical Google search on a completely random topic such as “charlot chirch sex tape” produces enough carbon for 98 pencils or seventeen boiled kettles and brutally murders an average of two point four cute fluffy things. 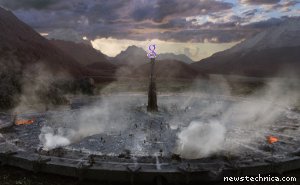 “A Google search has a definite environmental impact,” said Alex Wissner-Gross of Harvard University. “Instead, you should use Windows Live Search — to be renamed Windows Love Search — which produces butterflies and baby seals. That’s instead of whatever you were looking for, but hey — it’s for the planet.”

Google is “secretive” about its energy consumption and carbon footprint. “Or at least, they told us to fuck off when we asked how many endangered species they’d killed off today. This proves their inherent malice. If you search using Google you may as well be strangling kittens. You should go to a trustworthy company of demonstrated moral fibre, like Microsoft.”

A recent Gartner report said the global IT industry generates as much greenhouse gas as the airlines industry. “Primary in this is the large quantities of hot air produced by completely independent analysts to support the views of the highest bidder.”

The Home Office welcomed the findings. “This proves that Internet users might as well be terrorists,” said Jacqui Smith, “and so we’ll treat them like they are. All Internet access in the UK will be run through Cleanfeed filters and your electronic ration book ticked off per web page used. Reading Wikipedia or the Guido Fawkes blog will, of course, be declared capital offences.”