KALLIKAK, Gattaca, Friday (NotScientist) — The first British baby designed to be free of the “journalism” gene has been born. 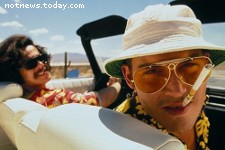 The breakthrough gives hope to other parents afflicted by the condition, often running in families. “It will be mere seconds before blond-haired, blue-eyed Aryan clones genetically engineered with hyperintelligence are frog-marching into the White House, the Kremlin and the United Nations to take over the world and condemn the rest of us inferiors to perpetual slavery,” said one rejected embryo before the autoclave kicked in.

Pro-life campaigners claim it is morally wrong to weed out imperfect babies. “Today it’s journalism, tomorrow it’s cancer, next year it’ll be Young Conservativism,” said Ann Widdecombe. “They’re already screening for all manner of cosmetic reasons in parts of Europe that I can’t specifically name right now. This is a tool to search and kill! We must shun and despise the children resulting from this genetic Frankensteinism.

“Instead, we should deliberately bring children into the world to suffer and then cut their disability benefits. To prove the strength of our feeling on this matter, we’re implanting unwanted eggs carrying breast cancer genes into ourselves personally, so the children can grow up living in fear their whole short lives of their own breasts killing them. It’s right and natural. We’re also looking to reintroduce bubonic plague and smallpox, on conservation grounds.”

“I don’t think you can equate eight cells in a dish to a human being,” said the parents’ doctor, “although it could probably edit the Daily Mail.”