RADIOPHONEY WORKSOP, Television Outskirts, Monday (N! News) — A new form of psychotherapy could be used to treat the majority of adults with Strictly Come Dancing disorders. 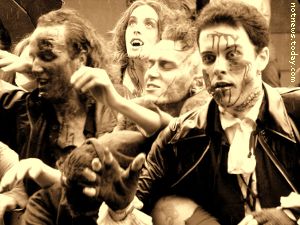 Based on a form of Skinner-box aversion therapy involving electrodes and sofas, it has the potential to treat more than 80% of cases of eating disorders in adults and help them keep their dinners down on Saturday nights. Around two-thirds of those who completed treatment made a “complete and lasting” response, with many of the remaining third showing substantial improvement in their television taste.

Michael Lyons, head of the BBC Trust, promised to review its Strictly Come Dancing scoring system after receiving nearly 200 complaints from viewers who had paid good money to watch at least one of the couples being taken out and publicly hung, drawn and quartered. “The producers are going to look at ways in which they can avoid this situation in the future — how to keep complaints down while continuing to extract 1-900 number fees. Perhaps two hundred and forty volts to the arse could do the job there too. But we don’t want to imply in any way whatsoever that we don’t simply love getting idiot complaints from whinging fools. It’s the centre of our existence. Letters, emails, faxes, why don’t you buy skywriting as well. ‘STRKLY FONE RIPOFF YAR BOO SUXXX,’ that’s the ticket. I’ll just be over here in my bath, slashing my wrists.”

Arlene Phillips dismissed allegations of a judges’ conspiracy — “Personally, I’d have had Tom Chambers castrated” — adding that the viewers were a pack of whiny fuckwits who should just “fuck off” and stop spoiling her lovely show. “They’d vote for Ian fucking Curtis if they could.”

One thought on “New psychotherapy to treat Strictly Come Dancing”