TINSELTOWN IN THE RAIN, Of Bits Of Bodies, Saturday (N! News) — Disney surfs the wave of terrorist-themed films, following Hunger and Bullet In The Head with its entry for the kids, Baader-Meinhof™: Socialist Squat Musical™. 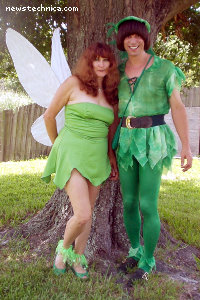 Based on Dr Alex Comfort’s The Joy of Terrorism, the plot starts with Andreas Baader (Zac Efron) and Ulrike Meinhof (Adrienne Bailon) and Baader’s girlfriend Gudrun Ensslin (Vanessa Hudgens) at a Thriller-inspired police dance number for the Shah of Iran’s German visit. Andreas and Gudrun respond in the only way a good citizen can: they go shopping! Ulrike is inspired by their consumerist fervour to join them in their pursuit of jolly japes, socialist ideology, bank robberies and wacky assassinations. When the police killjoys lock them up for partying too much, their official fan club continue the celebrations. Finally, in a happy ending, Andreas, Ulrike and Gudrun are released as they have behaved so well in prison, leading several epic song and dance numbers. In the final scene, they appear before their fan club, who are cheering, throwing their hats in the air and firing their AK-47s in celebration.

Almost every bit of “spirit of 1968” news footage is featured at some point — the Paris parties, Black Power dances and high-fives, street celebrations, and particularly bloody renderings of the bombing of Vietnam. The animations of ideological nudity at the PLO training camp helpfully demonstrate the massive cartoon bazongas present on pretty much all Disney chicks. The trio’s funny animal friends, animated rats called Horst and Irmgard, supply witty commentary with a heartwarming moral throughout the feature.

How much was Germany’s recent Nazi past to blame for the rise of the Red Army Faction? How did a small group of radical left-wing students of the 1960s turn into one of the most feared terrorist units of the 1970s? What was the nature of the disputes that eventually split apart the Baader-Meinhof gang, and what resonance does their legacy have today? Disney answer these questions and more with the fidelity of their famous adaptation of The Hunchback of Notre Dame™.

A sequel, Baader-Meinhof™ 2: The Curse of the Black Ink™, will show Andreas and Gudrun’s children as they raise all heck at school, blowing up the playing fields with chemistry lab nitroglycerin and taking teachers hostage. It will be released as a double-feature with Disney’s The Diary of Anne Frank™.