I’m thinking of buying a netbook as a second machine for net access and mobile broadband. Should I get one with XP or can I run Linux and not worry about what’s “under the bonnet”?
M Shuttleworth 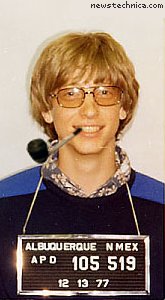 Linux-based netbooks have apparently friendly front ends, but are very demanding if you go any deeper. Linux is like the Mooncup: a nice idea, but messy and not for the squeamish. In fact, Linux can be likened to a Mooncup-using redhaired hippie girlfriend who lives in a house in the country she built herself from twigs and has very strong ideas on how everything should be and has all her original body hair. The sex is fantastic, but only if she thinks the astrological conditions are perfect. And the house has a hand-dug latrine, so she’s propped a toilet bowl on top and thinks that’s “user friendliness.”

No, no. You would far prefer Windows. That’s like a nice normal bottle-blonde girlfriend who has a proper office job and dresses cleanly from Primark and has a sweet smile and lives in a proper bedsit and knows everyone and how to act normally and is accepted in society. She gets headaches a lot and fits of rage where she smashes everything and there’s an odd smell of decaying human flesh coming from the drains and the toilet backs up every now and then filling the entire block with sewage and bits of bodies, but this is entirely normal and nothing to worry about.

My four-year-old PowerBook G4 is putting itself into sleep mode and refusing to wake up. It gives a very unfriendly beep and a black screen when it is turned on. Taking out and replacing the memory will eventually bring it to life.
S Jobs

This is a known fault in the Macintosh line, where the keyboards were dipped in vats of herpes virus before being shipped. Mac OS X is well known to induce symptoms similar to tertiary syphilis in long-term users — ask anyone with Mac-using friends. The G4 has an old PowerPC chip, and is obsolete because Apple has long since moved to Intel chips. So at least you can run a proper operating system like Vista on the new ones.

I have a PC bought from Dell, a proper computer company, and am running Microsoft™ Windows™ Vista™ Service Pack 1. It’s the best operating system ever in the entire universe and I can do anything those annoying Mac users and Linux nerds can. And Windows 7™ will be even better! I don’t have a problem, I just wanted to tell you this to piss off those annoying anti-Microsoft trolls who keep commenting on your Guardian column.
J Schofield