THE MEMORY HOLE, Whitehall, Thursday (NNN) — Home Secretary Jacqui Smith has hailed spectacular, record-breaking public demand for identity cards and will allow people to pre-register within the next few months. 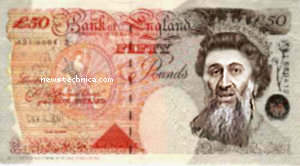 “I regularly have people coming up to me and saying they have nothing to hide and want me personally to have every detail of their lives and pressing ten-pound notes into my hands for their very own precious pink and blue card,” she said, taking another hit of her salvia bong.

The first biometric cards are being issued this month to foreigners who can be forced into it. They will be issued to young people on a voluntary basis from 2010, per every teenager’s dream of having their every movement tracked.

People applying for cards and passports from 2012 will have to provide fingerprints, photographs and a signature, which Ms Smith believes will create a market worth about £200m a year by the “mended windows” theory of economics. “It takes money that was being wasted on food and rent and puts it into circulation for the betterment of the whole economy, particularly our dear friends at EDS Capita Goatse.”

The Home Office is talking to retailers and the Post Office about setting up booths to gather biometric data. “We’re sure everyone would be happy with having their fingerprints taken at Tesco when they get their shopping.”

In her speech, Ms Smith rejected claims handing enrolment over to private firms would compromise security. “We’re introducing new certification authorities and so forth, which will mean that masses of data never leaves our offices and the BNP never gets a database of every immigrant in the country or anything like that.”