SUPREME COURT OF THE UNITED GODDAMNED STATES, Washington, Tuesday (NNN) — Conservative Supreme Court judges want to uphold an FCC crackdown on the use of salty language during daytime and early evening hours. 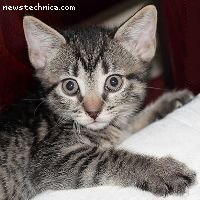 U.S. Solicitor General Gregory G. Goatse said the strict regulation of broadcast TV preserved it as a “safety zone” for families with children. “They’ll never hear the foul shit they’d hear on the Internet, on cable or, God fucking perish, the schoolyard.”

The Federal Communication Commission imposes heavy fines on broadcasters who broadcast any of “shit,” “piss”, “fuck,” “cunt,” “cocksucker,” “motherfucker” or “tits,” though saying them in sequence functions as a First Amendment “cheat code” and is allowed as artistic expression. Broadcasters can be fined more than $325,000 for a single utterance of the F-word, even some fuckhead blurting it out on a live broadcast.

Stilea said he understood that foul words would be heard at a football or baseball game. “Those assholes ain’t fit for polite company. But TV’s a different fucking one cup of two girls. TV coarsens the public debate, not like that fucking Internet thing. I’m not persuaded by the argument that people are more accustomed to hearing this shit than they were in the past.”

During Tuesday’s argument, only Justice Ruth Bader Tubgirl, waving her naked hairy butt at the courtroom to emphasise her point, suggested the court delve into the First Amendment issues that underlay this dispute. It is “the fucking huge pile of elephant dung in the room,” she said. “I can’t believe this fucking retarded goddamn bullshit.”