PUNDITS’ CORNER, G.W. Bush Sewage Processing Plant, Friday (NNN) — Analysis of the global financial crisis reveals that the root cause is not stupendous bets on toxic deals, raw naked greed, cocaine-induced septicaemia, tertiary syphilis or mad cow disease amongst bankers. It’s because of all the poor people signing up for mortgages. 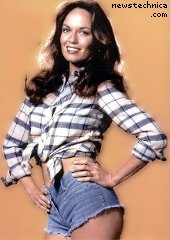 “It’s true that we got into trouble by bundling mortgage securities that only held their value and made profits so long as enough poor people signed on to get screwed,” said Dick Fold of Lehman Brothers. “But you just don’t understand the intense psychological pull poor people have on rich folks! They can make the world’s hardest, meanest, most ruthless CEOs, who’ve spent years honing the fine arts of profit-making, part with good money on a whim and hand it to a bunch of irresponsible, check-bouncing layabouts!”

America’s 499 billionaires controlled $1.4 trillion in assets, until the poor people caused the catastrophic market failures of the past month.

“It’s lending to minorities that did it,” said Neil Cavuto of Fox News. “You lend to those people, the country collapses. Fwoosh! I understand ACORN was involved in it, too. Which means it’s Obama’s fault. Unsurprisingly. I don’t really understand these ‘credit default swap’ things, but I can tell a bad credit risk just looking at him. Or her, of course — it’s Hillary’s fault too.”

“It ain’t that hard,” explained sub-prime mortgage defaulter Cletus J. Underclass. “Y’got mortgages, they make a stream o’ money. Y’kin call that stream an asset with a value. Y’bundle up them ‘assets.’ Y’bet on that there bundle bein’ good an’ ever’one payin’. Y’bet on that bet bein’ good. Y’sell that bet for trillions o’ bucks an’ make billions in bonuses. Ah spend mah money on Budweiser, NASCAR and good weed this month instead of the mortgage, mah buds do the same, the whole pile falls over, yer all fucked. And AH AIN’T SORRY! Fuck you and yer buds! New York assholes! Whoo-eee! Can’t wait to do it again next time! Y’all come back now!”

“Damn that Cletus and his siren call,” sobbed Fold. “If only he’d call me back.”