THE NILOPTICON, Whitehall, Thursday (NNN) — The Home Office has moved to calm fears over its new plan to collect every email sent in or out of Britain. 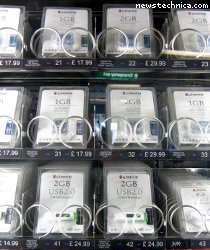 “We’ve been speaking with our PFI contractors,” said Home Secretary Jacqui Smith, “and they’ve been speaking with those nice people from Microsoft, and we think we can use something called ‘Digital Rights Management.’ It’s worked perfectly to protect music and software, I can’t see any way this won’t work just as well for us.”

The planned email monitoring system, hooked to your identity card, tax details and complete NHS record, is considered not only potentially intrusive, but hazardous: the government and its contractors have misplaced many disks and memory sticks containing private data. But with DRM, data can only be accessed by authorised users on an authorised system, running the specially hardened operating system Windows Vista Service Pack 1.

Trials of the new system have shown minor hiccups, but nothing to worry about at all, honestly. “When we try to access the data it occasionally says ‘Insert 25¢ to continue’ and we have to remember to keep bags of American coins around. We have asked EDS Capita Goatse for a localised British system that will take 20p pieces and have an attendant to un-bung things when they get stuck, which will take only six months and cost a very reasonable £100 million extra. We also get a year’s free reactivations from their call centre! It looks a very good deal to me.”

The safety and unbreakability of the system is assured. “We tried copying the data in various obvious ways, but the RIAA threatened to sue the Home Office for breaking the DRM on its own data. So obviously no-one will try this ever.”