DRAMATICA, Wackyleeks, Wednesday (textfiles.com) — The noose is tightening on LulzSec, oh yes it is, with a red-handed capture nearly almost imminent, said FBI Media Liaison today, and don’t you worry about that. 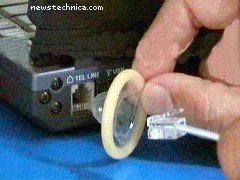 The drug-running terrorist paedophile probably-Chinese-government members of LulzSec have used their horrifying and “l33t” “Internet Relay Chat” skills (or “sk1llz0r,” as “hackers” call them) to break into some of the most complicatedly protected computery gadget devices on the Inter-web-thingy, particularly the ones running Microsoft Windows. Just like your computer does!!

“Fortunately,” fed an off-the-record FBI source, “we have tracked down these dastardly fiends to their festering basement lairs, where they sit all day exchanging BitCoins via their ‘four-channel’ systems. Our agents are poised right now to swoop, swoop! upon these avatars of delinquency! Multiple US agencies are involved. They might be right outside!”

LulzSec was formed by a group of Scientologists interested in Guy Fawkes. The group is named after “lulls,” which is when the four-channel system goes quiet, and “sex,” the availability of which would cause the group’s immediate collapse.