HOLLYWOOD, Washington, Saturday (NTN) — The Pentagon has released the home videos of Osama bin Laden, “a collection to horrify and stultify the hardest heart.” 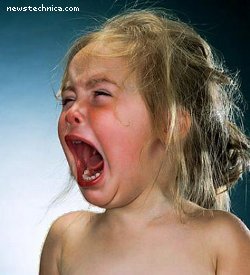 The tapes include bin Laden at Alton Towers with his children in the late 1990s, dealing with several screaming toddlers, shouting that if they did not behave they would be going home right now and there would be no ice cream for anyone and swearing that “this place and all such manifestations of Western decadence shall be scoured from the face of the earth.”

Others include shaky-cam video of bin Laden and family in front of the Twin Towers in New York, in which video he clips one of the kids around the ear for being a brat and swears a similar oath of destruction, and a tediously-narrated clip of one of the children using the potty for the first time.

Middle-aged fathers the world around viewed the clips in tears and came to a new understanding, deep within their hearts, of the forces driving radical jihadism.

The Pentagon hopes to study the films for security information. “Another video shows him watching the tape of the child on the potty,” says a spokesman. “From his face, we suspect the next Al-Qaeda target would have been the Sony factory in Japan.”

A spokesman for Alton Towers noted that, as Satanically cursed ground upon which no joy could grow and which was invulnerable to the slights and arrows of mere pathetic mortals, the amusement park would remain open and operational for this summer and all summers for the foreseeable future. “Muwaaaahahahaha,” he added.