DESOLATION BOULEVARDE, Whopping, Friday (Mediocre Grauniad) — Terry Jones has called off his plans to burn a copy of The Times at Ground Zero tomorrow, after the paywall caught alight for half an hour on Friday afternoon. 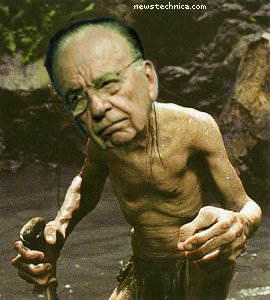 Jones had planned to burn The Times because, he claimed, Rupert Murdoch would not rest until he had paywalled all of Google, including the remarkably lucrative Monty Python channel on YouTube. However, he was “rethinking” his plans after approximately everyone in the whole world suggested that just because it was legal might not actually make it a very good idea.

“We have made a deal with the thirty-three journalists still trapped down in the newspaper,” he said. “They will come out and Caitlin Moran will publicly recant her idiot piece from a few months ago about what an excellent idea the paywall was and how enormously pleased she was to be stuck behind it. Oh, didn’t you read that?”

The journalists have been trapped down the shaft since the first of July, and are being dribbled readers through a straw to keep them alive and focused and make them think there’s a point to being there.

“Of course, failing a recantation there will be a paywall conflagration that reaches the skies. All those lovely theoretical readers disappearing in a cloud of soot and cement dust! But I’m sure it’ll hardly be noticed and no-one will be upset.”

The “newspaper” was an ancient form of information distribution using cellulose pulp from crunched-up trees. It was popular in the early days of Google, when users would send written requests to the company enclosing a stamped self-addressed envelope and receive a reading list to take to their library, with an advertising flyer also enclosed.