PAY GRADE, Jobsworth, Monday (NTN) — A Lloyd’s pharmacist has complained of being expected to fill prescriptions brought in by paying customers, as actually working at work is against her spiritual beliefs. 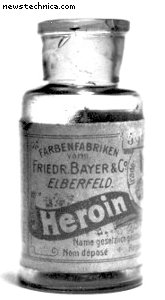 The pharmacist, Brenda Busybody, 53 (IQ), of East Cheam, is a Bri-Tish, a group who believe that members should show up at places of employment and look fantastically busy while achieving nothing whatsoever and, if possible, driving the business backwards. Many achieve quite senior ranks in industry, particularly finance.

“This woman came in actually expecting me to fill her script. Well! What does she take me for? I’m not there to wait on people hand and foot, you know. It’s an insult to our fair and equal society. I talked to my boss and she was thrown out of the chemist and we called the police, saying she was a kiddy-fiddler. Well, she probably was. People who expect you to work might as well be.”

The case follows on the heels of an earlier ruling concerning a registrar who was grievously discriminated against by a local authority expecting her to do the fucking job taxpayer’s money was being given her for, and another in which an executive successfully pleaded that expecting competence violated his human rights.

“Making people work when it’s clearly against everything they hold dear is an affront to the human spirit,” said Mrs Busybody, “and their rights as a Briton. Next they’ll be shipping in them Polish asylum seekers, who’ll take all our jobs and then do them. I heard they ate a swan once! At a fair price for the day’s effort in doing so!”

In other news, Gordon Brown announced today that the recession would last a good few years yet, for some reason.