WHEREVER YOU ARE, At All Times, forever (NTN) — In the wake of massive Buzz privacy problems, Google has announced that its slogan “Don’t Be Evil” will be extended for the 2010s with “But Do Feel Free To Be Dangerously Bloody Stupid.” 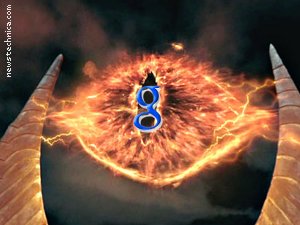 “I don’t see how people could ever have thought it wasn’t perfect,” said Google marketing marketer Todd Jackson. “We’ve used it in-house for ages, and our test group of white male engineers all working inside a single corporation think it’s the best thing ever! So of course we didn’t see the need for any user testing or opt-in.”

Gmail users have been up in arms at their frequent email contacts and private addresses that forward to Gmail being publicly revealed, their precise GPS location being automatically posted with updates from their mobile phone, photos you didn’t upload being pulled off your Android phone into Buzz and that switching off Buzz doesn’t actually switch it off.

“We have heard of the case of the woman whose violent stalker could track her through the Buzz function she didn’t actually switch on,” said Jackson. “But I’ve reached out and personally reassured her that, should she actually be killed, we will of course apologise for her poor product experience.”

“If you have something that you don’t want anyone to know, maybe you shouldn’t be doing it in the first place,” said Google CEO Eric Schmidt. “Having a bad husband, living a life or whatever. It’s obvious it’s her own fault for not having first found the function hidden behind three panels to untick ‘KEEP MY STALKER UPDATED ON MY EVERY MOVE.’ Some people just shouldn’t be let near computers.”

Jackson emphasised the non-evil nature of Google. “We are most definitely not evil. But if, y’know, evil just sorta happens, well. We just send the rockets up. It’s not our job to think about where they land.”

One thought on “Google adopts new “Do, however, be stupid” policy”