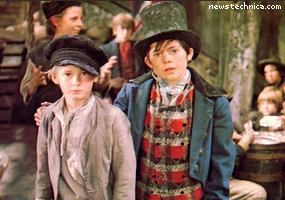 “What matters most to a child’s life chances,” said Mr Cameron, “is the warmth of their parenting. Research I’m not actually citing shows that children from drug-ravaged households subsisting on a pound a week do every bit as well when raised with the style of parenting of upper-middle-class children in Surrey who go to public schools and ride horses in their spare time. Even if their accent is not entirely up to Oxbridge standard, what!”

The Tory leader was quick to emphasise that he did not think that poverty was irrelevant. “Of course there is a slight link between endemic city-wide grinding material poverty and a bleak, fraught existence with no opportunities to further oneself other than getting into gangs, crime and drug dealing. But I think it’s important to put the blame squarely on the parents, where it’s most cost-efficient.”

Mr Cameron said that “active intervention” was needed to help struggling families. “We’ll teach them a proper Cockney accent, not that debased gibberish they speak in east London these days. Can you see Dick van Dyke twisting his tongue around that? Obviously we need a flat cap subsidy. We’ll also teach them suitable dance routines.”

Demos had announced a year-long investigation into the subject of “character,” though not noting precisely who was paying them to do so.