YOUR DESK, Work, every day is like Monday (NNN) — It’s five minutes past nine and the workplace economy is in the doldrums. Everyone is present but no work is flowing. Economics is, after all, about the flows. How to stimulate industry? 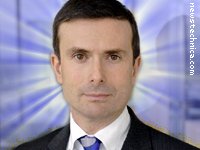 While workers’ in-trays remain thin, the rate of decline across the office is slowing as people face up to the task of opening Outlook and getting their twitching right middle finger away from the delete key. Wordless grunt output rose 0.5% between 9:05 and 9:10, the fastest pace of growth since the start of business according to your boss who cycled in at 8am and looks like he’s about to run a marathon around the desks. You look up bleary-eyed and wonder if he has an amphetamine gland but conclude the fucker’s just like that.

The recovery formula is complex. Your arsehole co-worker wants his tea bag contacting water for thirty seconds, your nice co-worker wants Earl Grey which takes longer, your boss wants some herbal hippie rubbish and you want yours boiled orange in a boot with four sugars. All this takes five minutes away from your desk during which you don’t have to do complicated things like work a keyboard at this hour, merely pour boiling water all over the place with gay abandon.

But a successful quantitative teaing should see better flow of fingers on keys, increased word count in looking-productive emails, a break from reading the b3ta message boards and a risk of actual effort returning. Followed by a handy break to piss like a fountain and coincidentally play several rounds of Snake on your phone before walking quickly back to your desk as if you’re in a hurry to get there.

While there are tentative signs that quantitative teaing is working, there remains more to be done. Some work would probably be an idea. Additional tea can help the flow of work about the office, help you try to pretend your co-workers are in any way shaggable whatsoever and help you look forward to drinks after work with your nice co-worker where you can both hold forth with detailed discussion of your excess competence and productivity and chronic deficit of pay, despite the complete absence of any evidence whatsoever that either is the case.