BLETCHEROUS PARK, Milton Springsteen, Sunday (NNGadget) — Today, on Programmer’s Day — September 13th, the two hundred and fifty-sixth day of the year — it is time for deep reflection on who we are and how we reached the current state of things. 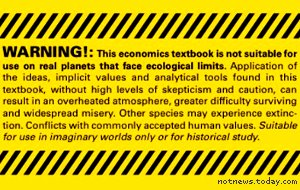 After breaking the German Enigma Machine codes during the second World War and inventing computer science as we know it, I started work on my next and greatest project: to build the ultimate politician.

We would put together a force of bright and shining intellects, prominent academics of brilliance and perspicacity, but adept in the rough and tumble of practical day-to-day politics. A simulated “Max Headroom” smiling face as the frontman, and only a small amount of unearthly, unspeakable eldritch horror as the directing node behind the cluster.

It’s hard to say what I was thinking at the time. A thriving, computer-mediated economy, where machines would do the hard work and hard thinking for the benefit of all humanity. The prospect of a chancellor-bot singing “Daisy, daisy” as I removed his competence boards one by one to turn him into a Prime Minister. The sheer epic spectacle of huge mecha-politicians fighting it out with laser cannons over the smoking ruins of London. At least we got that one.

So on behalf of British technologists, and to all those who live under the CCTV’s watchful eye thanks to my work, I am now free to say: I am so very, very sorry. You deserved so much better.