ASSCAP, Asscrap, Monday (NNN) — After its recent successes suing girl scouts over singing copyrighted songs around campfires, the American Super-Society of Composers, Authors and Performers has filed a brief in a lawsuit against AT&T arguing that its members deserve payment every time a mobile phone rings. 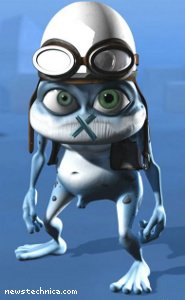 The owners of the musical compositions are already paid for each ringtone download, but this does not cover ASCAP public performance royalties.

“The musicians and songwriters are the true creators of objective value in society,” said ASCAP spokesdroid Ayn Rand. “They deserve your support. How would civilisation survive without Crazy Frog or the Nokia Tune? Which changes one note from the 1902 ‘Gran Vals’ by Francisco Tárrega, so is completely original and deserving of royalties.

“To this end, we are bringing suits against those individuals who, having purchased RIAA-licensed ringtones, do not then silence them when in public. Statutory damages of $80,000 should have a salutary effect on our coffers and, of course, our public image.”

Further lawsuits will then be brought against those who silence their mobile phones. “4’33’ by John Cage is a copyrighted work. Without the money going to his estate, he may never write another measured piece of silence again.” This will be followed by suits against those whistling or humming music in public, then those thinking about music in any form without a licence.

In support of their position, ASCAP pointed to vast public outpourings of sympathy from millions of people who never wanted to hear a tinny thirty-second burst of cheesy synthetic R&B coming from a phone ever again in their lives.