HEY HEY 16K, What Does That Get You Today, Thursday (NNGadget) — As well as attempting to give the major record and television companies whatever they want until the end of time, Lord Carter’s Digital Britain report includes tax breaks for “culturally British” computer game development. 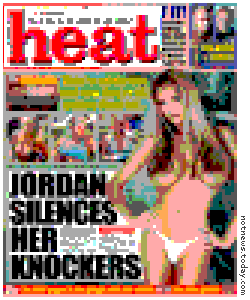 Planned games include Lard Warrior (“the goal is to sit playing a game. The graphics are truly horrifying and needed us to go to 3.5-dimensional to fit the player’s avatar on the screen. Rated 18+ for explicit neck beards”), CCTV Panopticon (“take pictures of the CCTV cameras in your high street until arrested under the Terrorism Act for having your own camera in public, defeat final boss with Doctorow Attack”), Bottled Tan Snorter (“get into celebrity magazines and shag footballers, lose points for any sign of intelligence, insufficient nipple slips or words of two syllables”) and Cynical Apathist (“write outraged blog posts and comments with amusing satires of events of the day while working a job directly keeping the hideous machinery alive and running, avoid removal by the Guardian moderator”). A committee will also form a group to do a study concerning a team to write a ZX Spectrum emulator for the iPhone, with a cassette interface emulator that sends Apple 99p every time you get an “R: Tape Loading Error.”

The games industry has warned in the past that developers are being lured away to other countries by the prospect of being paid more than shit. Conservative Shadow Arts Minister Ed Vaizey has leapt upon the opportunity, with promises of incentives for talented developers to stay in Britain and not be lured away by better pay in America. “We’ll keep their passports from them until they reach ‘Achievement Unlocked.'”

Having finally released Digital Britain, Lord Carter has resigned from the government and is returning to private industry. “Of course, Digital Britain remains a completely objective assessment of the way forward for the nation in the twenty-first century, and should in no way be thought of as my CV for a series of lucrative consultancies with the large media companies I’ve just given everything they’ve ever asked for. And a pony.”