SOMEWHERE, Er, Hold On A Tick, desu desu desu! (NNN) — US research suggests that mental powers start to dwindle at 27 after peaking at 22, marking the start of old age. As usual, the Internet is to blame. 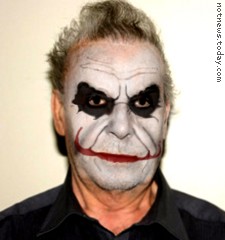 To test mental agility, the study participants had to solve puzzles, recall words and story details and spot patterns in letters and symbols — without using a keyboard and mouse.

All participants failed dismally. “One started eating the desk. Others gibbered, screeched, masturbated furiously and flung their own faeces at the researchers through the bars.”

Professor Salthouse said that, apart from burning the Internet in a series of worldwide electromagnetic pulses — as it had been specifically designed with the aim of surviving being nuked from orbit — the most important thing now was to give him more funding. “Understanding more about how healthy brains decline could help us understand what goes wrong in serious diseases like Alzheimer’s. Now we just need to find someone on the Internet with a healthy brain.”