BACKBENCH RUFFIANS, Madchester, Wednesday (NNN) — MP Graham Stringer has claimed that dyslexia “does not exist” and is merely a “cruel fiction” to cover up poor teaching. 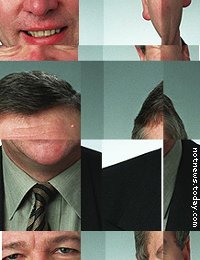 “I am not, for one minute, implying that all functionally illiterate people take drugs and engage in illegal activities,” he said, “but the value of stringing ’em all up would be remarkable. To this end, I am moving to have dyslexia declared a criminal offence under anti-terror legislation.

“Also, we’re going to do something about those laggards taking up hospital beds and the evil scum criminally claiming disability, not to mention the layabouts and parasites claiming they should get a State pension just because they’ve ‘retired.’

“Synthetic Phonics™ will cure everything! It will simultaneously let the children pass tests and yet be so bored silly by deciphering words as if they’re coded messages that they’ll stick to The Sun and cause us much less trouble in the future.”

Synthetic Phonics was famously tested in West Dunbartonshire, Scotland on a small selected group of bright students of the sort who would learn to read off cereal packets and road signs given half a chance. “That it failed when tested on thickos is obviously due to PFI. That’s my backbench ‘rebel’ cred, by the way.”

He says the dyslexia industry should be “abolished. Next they’ll be advocating ‘genes’ and the ‘germ theory’ and ‘evolution.’ They should be convicted of war crimes in The Hague and sentenced to death, with the psychiatrists. I also have this excellent selection of reading comprehension texts by the noted educationalist and humanitarian L. Ron Hubbard. Have you heard of him?”

4 thoughts on “Minister rubbishes dyslexia to get headlines”