WASILLA, New York, Monday (NNN) — Literary agents are queueing up to sign Sarah Palin to a book deal that could earn her up to seven million dollars. 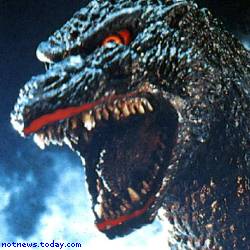 “She’s poised to make a ton of money. Every publisher and a lot of literary agents have been going after her,” said the Conservative Book Club. “Look at the elegance of the hand-tooled leather binding, the archival quality acid-free paper! Every copy will also come with a set of 100% all-American-made red, white and blue crayons to color it in.”

Although McCain aides had described her as a “diva,” a “whackjob” and a “deeply goddamn frightening redneck out of Deliverance’s worst nightmares,” the more conservative Republicans, thrilled by Palin’s right-wing views, are maneuvering to keep her in the public eye with a view to the 2012 elections and beyond. One group has collected tens of thousands of dollars, including many in-kind donations of moose carcasses, properly-dressed roadkill and spare white sheets, to pay for television advertisements to thank Palin for her efforts.

Despite Palin’s failure to secure the groups that McCain strategists hoped she might deliver — women, independent voters, suburbanites, those with ten fingers and only the one head — her supporters insisted that she should not be blamed for McCain’s shortcomings or Bush’s failures. “It were all the fault o’ them Muslin terr’ists,” said political commentator Joe the Plumber.

Camille Paglia declared that she had “heartily enjoyed Palin’s arrival on the national stage.” She also started suggesting people buy her new book on Palin, but was cut off at this point for some reason.

Current projections show Palin taking 95% of 25% of the electorate. “I was against the bank bailout from the first,” said Palin. “Lookit the rekerd. It was this governor, not that one! You betcha!”