OH FUCK NOT HEALTH, Whitehall, Thursday (NNN) — In a bid to “scare smokers straight,” cigarette packets will warn of the terrible consequences of smoking by featuring pictures of famous long-term cigarette addicts, such as the blackened teeth, rotting lungs, ashtray odour and star quality of such sad and benighted specimens as Keith Richards, Lemmy, Amy Winehouse and Pete Doherty. 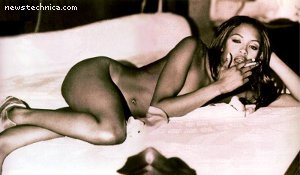 Sir Liam Donaldson of the Department of Health said, “We are confident that fear and loathing at the thought of looking like a rock star will ignite the flame of God’s holy light in the heart of the vile, skulking, heathen nicotinist and inspire him to stand proud and tall against the demon weed. Moral purity is more than enough to overcome a trivial chemical dependence on a substance more addictive than heroin.”

“THIS IS THE NANNY STATE AT WORK,” said Simon Clark of smoker’s rights group We’re Not A Front For British-American Tobacco Honest through the electronic voice box that had replaced his larynx. “NEXT WILL BE ID CARDS FOR SMOKERS AND CCTV CAMERAS IN CIGARETTE PACKETS. IT’S POLITICAL CORRECTNESS GONE MAD. WHAT WOULD GEORGE THE SIXTH SAY. LORD LOVE A DUCK. EXTERMINATE.”

“This should be at least as effective as the pictures of the teenage boy in the anti-heroin ads in the eighties,” said Sir Liam. “The one with the cheekbones, who all the girls liked … Kids, just say no to drugs!” 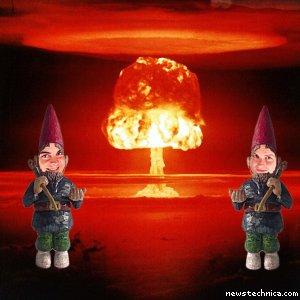 “They were shouting something in Afghan,” said Declan Ant, “about a phone bill from calling into a show. No idea what they were talking about.”

The duo had been sent to cheer up the troops, the government having considered them just the tonic for soldiers who had been through a series of violent, confusing and emotionally-shattering ordeals. “I thought it odd that some of the Taliban attackers were wearing England football shirts and shouting Arabic phrases that — and this is really funny — sounded like ‘Fook off you Geordie wankers.’ Amazing coincidence.”

Their agent is currently taking offers not to make a celebrity sex tape available. Verne Troyer has already threatened to sue for trademark infringement. The lines are open right now at £1.50 a minute.