LYNCHBURG, Pennsylvania, Friday (NNN) — A Republican campaign volunteer in Pittsburgh was mugged on Wednesday by a 6’4″ black man after he saw her “McCain” bumper sticker. The attacker carved a backward ‘B’ on her face and gave her a black eye made of mascara. 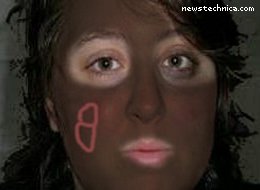 “A giant scary Negro left-handed oddly dexterous and precise dyslexic mugger!” said Ashley Todd, 20. “He was shouting angry racial slogans like ‘change’ and ‘audacity of hope’ and ‘yes we can.’ He was precisely six-four, ’cause if he’d been six-three I’d have kicked his ass.”

In police questioning, Ms Todd confirmed that “the attacker was super-duper-ultra-extra black. I think he was Muslim, gay and married too.”

After admitting to police that the incident failed to meet the criteria of the reality-based community, Ms Todd has been taken into mental health care. However, true to her Republican ideals, she is paying for it out of her own pocket, rather than using taxpayer money.

“Jesus, Karl,” said Aaron Sorkin, “if I tried sending this shit in I’d get laughed out of the studio.”