THE LAB, Borg Cube, Tuesday (NotScientist) — Dedicated Monsanto geneticists, working for the good of humanity and a badly-written space filler in the newspapers, have produced a fabulous array of valuable new cash crops with 100% all-natural artificial flavors that developing countries can grow to pay the interest on their ludicrous debts to the International Monetary Fund. 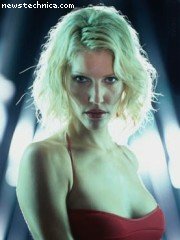 Some flavors for specialist niches were not a success. “Ice cream that tastes like vanilla dental dams turned out too gritty for the lesbian market, probably because no-one actually uses them.” Authentic™ ManJuice™ chewing gum for the gay market was considered too “outré” at this time, as no-one could actually bring themselves to use the word “tasteless.”

The company looks forward to continuing to feed the world at very reasonable rates on heavily patented non-breeding seed. “Without us, the poor would starve. Starve, you hear? Naturally grown Big Macs with the magical taste of a New Jersey chemical vat will save the world. Anyone who hates Monsanto hates humanity and probably turns tortoises upside-down in the desert,” said Six, nibbling on a Red Dye No. 1 fruit fresh off the vine. “We do what we must because we can.”

4 thoughts on “Genetically modified food is a “taste sensation””