BOLGIAS 8 AND 9, Redmond, Tuesday (NNGadget) — After what was expected to be an unusually quiet Patch Tuesday, Microsoft has released eight patches for applications with an insufficient number of security holes. 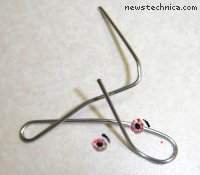 “Our market is the enterprise,” said Microsoft security marketer Jonathan Ness. “Information technology professionals know that Windows is the greatest IT job creation scheme in history. Without Patch Tuesday, there’s no reason for the experienced IT worker to spend his time hiding out in the server room watching progress bars and getting over his hangover. Also, you can’t tell people a virus ate their mail, you actually have to get it back for them.”

The updates include “critical” patches to Windows Media Player visualisations, Zune player software, that really cute dinosaur cursor and Age Of Empires II. The exploits opened by these patches allow a malicious user to take webcam pictures of your pimply butt, steal your pizza delivery and have sex with your girlfriend. The exploits have already been marketed to the Dark Security market by Microsoft Russia.

“Windows 7 won’t be vulnerable!” added Ness. “Did we mention how fantastic Windows 7 will be? Also, Vista’s pretty good! Really! The London Stock Exchange was probably still on XP!”

Several faintly cat-piss-smelling Linux users pointed and laughed in a nerdy bray at the news and a much larger number of annoying Mac users showed off their new model iPod Nanos.