THE LAB, Transylvania, Saturday (NotScientist) — Prince Charles must prove his claim that GM crops could cause a global environmental disaster, Environment Minister Phil Woolas has challenged. 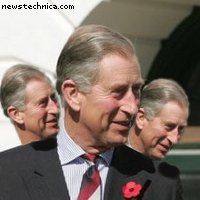 Mr Woolas said it was the government’s “moral responsibility” to investigate whether genetically modified crops, fully owned and patented to the hilt by Monsanto, could help provide a suitably profitable solution to hunger in the developing world. Monsanto famously protect their hard work, having sued and won for patent violation when their seeds have blown onto another farmer’s land.

“We see this as part of our Africa strategy,” he said. “It’s easy for those of us with plentiful food supplies to ignore the issue, but we have a responsibility to use science to get our hooks into the less well off where we can. We certainly wouldn’t drive them off their land, they’re too useful to us as labour. It’s in their own best interest. I think of it as the ‘Corporate Man’s Burden.'”

Nestlé has also urged the European Union to review its opposition to GM. “People are starting to think Monsanto are a bigger bunch of bastards than we are, and we can’t have such strikes against our public image go unchallenged.”