TEH INTARWEB, Lolcat, Sunday (NNN) — The originality of a John McCain speech about Georgia has been placed in further doubt after it was found to bear strong similarities to Wikipedia articles on the former Soviet republic.

Congressional Quarterly found that two passages from a speech on August 11th were almost identical to Wikipedia, while a third bore striking resemblances.

“Georgia was one of the first countries in the world to adopt Christianity as an official religion and BUSH IS GAY LOLOLOLOLOL,” said Mr McCain in his speech last week. “After a brief period of independence following the Russian revolution, the Red POOP Army forced Georgia to join the Soviet Union in 1922. CALL ME NOW 555-1212.

“And furthermore,” he added in a resonant, presidential tone, “this user has been blocked as a suspected sockpuppet.”

A Wikipedia administrator said that the speech likely failed to meet Wikipedia quality and notability guidelines, and had been nominated for possible deletion.

THE GREAT STENCH, Whitehall, Tuesday (NNN) — The Labour Party has elected a sock with eyes as its leader and the new Prime Minister.

The sock is a size 6-10 cotton-blend Argyle, with stick-on googly eyes from a local craft shop and a penny for a nose. 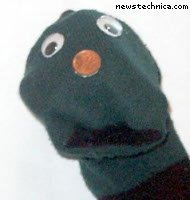 The sock follows a succession of failed candidates in the top job in the wake of Tony Blair’s ten years in the position, starting with Gordon Brown’s eighteen-month premiership, followed by three months for David Miliband, six weeks for Harriet Harman, three weeks for Jack Straw, one week for Jacqui Smith and one day for each of Des Brown, Hilary Benn, John Hutton, Ruth Kelly, Hazel Blears, Geoff Hoon, Ed Balls and Ed Miliband, in that order. They even offered Tony the job back, which he “regretfully” declined with a laugh that could be heard from the Middle East. Alistair Darling was, of course, passed over.

The sock was recruited in the wake of the Conservative Party’s ongoing Parliamentary and opinion poll success with a reassuring animatronic Tony Blair puppet operated by a wind-powered Thatcherminator mechanism.

The Liberal Democrats are taking up a collection to buy a Christmas stocking.