O’GARA UFO FIELD, Armonk, Monday (NTN) — With the final humiliation of the SCO Group and the retirement of Pamela Jones from Groklaw, Microsoft has stepped in with sponsorship to fill “a much-needed gap.” 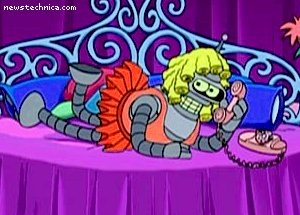 CrockLaw will be “a place where lawyers and geeks could explain things to each other and work together, so they’d understand each other’s work better,” said Sandy Gupta of Microsoft’s Open Solutions Group, formerly of SCO. “We need to crowdsource the work of patent suit production. The attack from Linux is in full swing, and Microsoft’s clear ownership of the number 17 must be vigorously defended.”

“It is crucial to foster openness and create an environment where a choice of standards is available,” said Steve Mutkoski, Senior Standards Strategist. “Specifically, a choice of our standards.”

“Also,” added Gupta, “we can gather leads on tracking down Mini-Microsoft.”

Volunteers have gathered to the site from across Microsoft, as employees desperately try not to be in this year’s bottom 20% ranking with 50% of their co-workers.

The site runs on SharePoint, with site members’ licence fees being generously discounted by the company. The site has “cracked six figures” on Alexa.

The “PJ” department at IBM issued a sigh and requested an oil change before manufacturing a new birth certificate for President Obama and seeding the skies with alien chemtrails in preparation for Project Blue Beam.