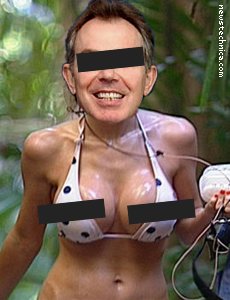 The carnage has been truly numbing. Blair has expressed his “anguish” and “regret” at the millions who, having thought he was finally gone and they wouldn’t have to think about him or his party waddling about like a headless chicken that couldn’t really be bothered in any way whatsoever ever, ever again, had had their desire to evade his tree-killing atrocities thwarted by its serial rewriting in all newspapers, desperate to fill space in the silly season.

But he insists the 2010 publication was the right thing to do. “When I say I think about my awful book and Peter’s awful book and their consequences and their victims every day of my life, it is true; but more than that, I use that reflection to recommit to a sense of purpose in the bigger affair, a business yet unfinished: getting paid repeatedly for the same ghostwritten guff. I can’t say sorry in words; I can only hope to redeem something from the tragedy of stupefaction, something like continued public prominence and remarkably lucrative speakers’ fees.

“I deeply regret the British public’s failure to realise how right and justified I was in everything I did, all of which was absolutely correct. I am now beyond the mere expression of compassion. But you knew that.