My Lords and Members of the House of Commons:

My government’s overriding priority is to be re-elected. This will require a sustained scientific and mathematical research program to discover truly revolutionary advances in arithmetic. Or failing that, just the revolution. A “default vote” option will be put into place such that anyone not showing up and voting will be presumed to have voted for Labour. 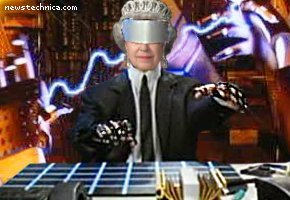 My government will put into place a cunning series of traps for the Conservatives should they be elected, with all sorts of unfunded legislative initiatives the Tories can either be called out for repealing or pull money out of thin air for should they choose not to.

My government will enshrine in law its commitment to abolish child poverty within the next eleven years. The precise date will be rebased annually, so as to remain eleven years in the future.

My government will legislate against carbon emissions, flooding and rain. Additional legislation will be brought in to tell the tides to turn back.

My Lords and Members of the House of Commons I pray that the blessings of Almighty God may rest upon your counsels. And that of that nice Mr Murdoch, who shall remain assured that, whoever is in power, his will shall remain paramount in the governance of our great country.